Into the storm
(Blu-ray / DVD Combo) 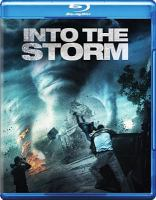