A wrinkle in time
(Pre-loaded Audio) 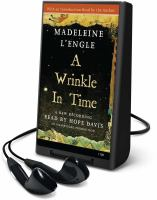